The Rohatyn Group (“TRG”), an independent investment firm focused on emerging markets, today announced the sale of Energia Renovable Limitada’s (“ERL”) 45% interest in Empresa Electrica Rucatayo (the “Company”), a Chilean hydroelectric company. The sale was made to Empresa Electrica Pilmaiquen (“EEP”) for USD $80 million. TRG’s private equity team provides advisory services to an affiliate of Citi which initiated the project in partnership with EEP in 2004. The majority of ERL’s investment was made between 2009 and 2011, during which time the Company developed a run-of-the-river power generation plant and a transmission line which initiated operations in southern Chile in 2012.

Enrique Bascur, Partner at TRG, said, “We are pleased with this successful realization and are confident in the future prospects for the power generation sector in Chile. We are steadfast in our commitment to the Latin American region, and will continue to identify strategic investment opportunities where our team and expertise can add value.” 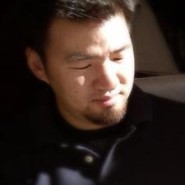